It’s already becoming one of the most publicised films in recent years due to the equal pay despute reverberating around Hollywood – and not surprising considering the upcoming Sci-fi drama Passengers will star arguably the two biggest movie stars on the planet, Jennifer Lawrence and Chris Pratt.

Now it seems the hotly anticipated film has found its third, and potentially final, cast member in the form of British star Michael Sheen, who it’s understood will lend his voice to the story’s robot.

The film already boasts a gripping storyline that will surely have everyone flocking to see it. Set years in the future, the story takes place on a spaceship destined for a new world that will be colonised by the thousands of inhabitants currently in a cryogenic state aboard the ship.

For reason unknown not everything goes to plan and Chris Pratt’s character inadvertently wakes 90 years too early – unable to return to cryostatus, and starring at a life of solitude aboard the ship, Pratt decides to wake up another passenger, Jennifer Lawrence’s character.

Now much of the story remains unknown, and for good reason, but what we do know is that the story focuses on the two characters and their relationship aboard the ship, knowing that they will die before ever reaching their new world. Michael Sheen’s robot character, and how he factors into the story, is still unknown, but he will surely have a big part to play in how these characters futures play out. 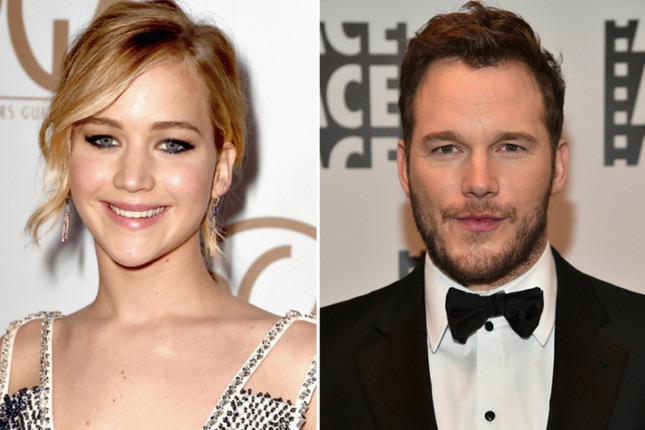 The film has been in the headlines a lot over recent months due to the current equal-pay despute do the rounds in Hollywood. The film’s star Jennifer Lawrence has been an instrumental force in fighting for women’s rights to equal pay alongside their make co-stars – something that has seen the young actresses pay for the film jump from $10 million to $20 million. Lawrence, who’s pay increase rightly represents her proven ability to make billions of dollars for movie studios, will now earn $8 million more than her male co-star Pratt. However it seems slightly unfair on Pratt now, considering this is the result of an ‘equal pay’ despute, you can’t help but feel Pratt is now falling victim to ‘equal rights pay’, especially as his last film Jurassic World, became the third highest grossing film of all time.

Passengers will be directed by the visionary behind the award-winning film The Imitation Game and is slated for release next year (2016).